Sally lives three states and about six hours away from her elderly parents, who remain in the New Jersey home she and her brother grew up in. This is much closer than her brother, who lives with his family halfway across the country. As long distance caregivers traveling to New Jersey, they recently found themselves in a predicament when their 80-something parents suffered health scares at about the same time. Their mother was in the hospital recovering from a mild heart attack, when her father fell at home and broke his shoulder.

Once the commotion over the situation subsided, while both parents were still in rehab, Sally had some decisions to make. She flew home for a week to see her parents and sort out her options which, as she saw, included the following:

She knew how strong willed her parents were, so convincing them of option #1 was quickly nixed. They had long made it clear to their children that they wanted to stay at home. They were very attached to their home and were still relatively independent. Despite their recent health setbacks, they enjoyed a social life with friends and other family members, they continued to drive, and they maintained a regular schedule of outside activities. In fact, as soon as the topic of moving into a nearby assisted living was raised, both parents rather viciferously shut it down.

Option #2 was even less likely than #1, as Sally is a single mother living in a small house with two teenagers. Getting them to visit her, much less move in, has always been problematic. Moving across the country to live with her brother – and altering the dynamics of his and their life – was also not taken seriously. Both Sally, her brother and her parents knew that any thought of moving her parents out of New Jersey and in with either of them was not a good idea.

Option #3 was pushed by her parents. After all, they said, we’re fine now so why would you consider doing anything to change the dynamics? Sally didn’t want to fight them, but believed in her gut that the recent incidents had occurred for a reason. This had been a warning that she knew she couldn’t simply ignore.

Option #4 was one that her parents initially were not very high on – why would I want a stranger in my house? – but Sally and her brother agreed was worth pursuing. They educated themselves on the home care services in NJ provided by local home care agencies and met with several of them. The more they investigated, the more they were convinced this option made the most sense.

They explained to their initially skeptical parents that this was a way they could “age in place” while staying at home. A home health aide, who they would be able to meet beforehand, would come three hours a day, five days a week to help them get ready in the morning, prepare meals, and do laundry and some light housekeeping. The aide would also be available, when necessary, to take them to doctors’ visits, go food shopping, and make sure they took their medication.

In the future, should either or both become progressively more debilitated, the aide was available to spend additional hours and take on other services. Down the road, if necessary, she might even be willing to live in.

As long distance caregivers, Sally and her brother found comfort in knowing someone would be at home to watch over mom and dad.

If your loved one needs home health care in New Jersey please contact us with absolutely no obligations at (800) 848-2336 or by sending us an email here: Contact Us. 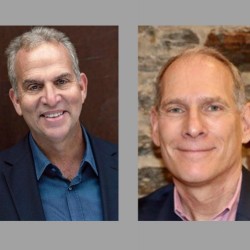 David Goodman & Frank Esposito
Co-Owners at Expert Home Care, Inc.
Expert Home Care of New Jersey understands how difficult it is for both a patient and their family to find good in-home assistance. We recognize that there are many choices for families today and that this can be a stressful time for everyone involved, which is why we created our risk-free, 48 Hour Caregiver Guarantee.

We have been providing Home Health Care to New Jersey families since 1985, and have grown to become one of the largest licensed providers of Live-In Home Care in the upper New Jersey area. Our many years of New Jersey home care experience has produced a company that over 8,000 clients have come to rely on confidently, for help.

Companion Care at Home: What to Have in Your Car for Safe Winter Driving

Skin Changes in Seniors: What You & In-Home Care Need to Know

Companion Care at Home: What to Have in Your Car for Safe Winter Driving

Skin Changes in Seniors: What You & In-Home Care Need to Know