Home Care Near You in Lakewood

You have an immediate home care need, and we have the experience to staff it quickly. We have one of the largest pools of fully oriented Certified Home Health Aides in New Jersey, ready to serve you on either a short-term or long-term basis. Having already served many thousands of families, we’ve been setting the standard for Live-In Home Care since 1985.

We are always there when you need us most… which is why Expert Home Care provides experienced 24-Hour On-Call Supervisors who are ready to respond to calls beyond normal business hours. All offices are able to provide Respite, Hospice, Short and Long Term Care. In addition, we provide complimentary and reliable van service, which ensures prompt service and peace of mind.

Fill Out the Form Below. Our Friendly Staff Will Contact You to Answer Your Questions.

At Expert Home Care, we pride ourselves on offering the very best in-home healthcare. We serve clients in Lakewood, NJ, making their daily lives easier and increasing the number of things they can accomplish throughout their day with just a bit of help from our professional caregivers.

We know it is important to you that your loved one remains in their home with their belongings and memories, rather than an assisted living facility and therefore we make this possible.

Dealing with a family member who is aging can be difficult to navigate. However, do not fear. You are not alone. Expert Home Care is here to help.

Feel free to contact us at any time to get more information on the services we offer.

What types of services can a home care agency in Lakewood, NJ provide?

Expert Home Care in Lakewood, NJ can assess the needs of your loved one and send a caregiver to their home to help them.

They can assign one, or several caregivers to your loved one depending on how much care they need and the exact services they need.

What Should You Look For in a Good Home Care Agency in Lakewood, NJ?

When you begin contacting home care agencies in Lakewood, NJ you need to make sure they have experience managing the exact type of senior care your loved one needs.

Expert Home Care has been providing a wide variety of home care services in Lakewood, NJ since 1985.

Ask specific questions about how their caregivers manage things like mobility, medication prompting, emergency situations and the frequency in which they update you on how your loved one is doing.

Also ask how often they will supervise their caregivers and what procedures you should follow if you need back-up care or are dissatisfied with how care is being provided.

We have the capabilities to meet almost any in-home care service request. Call today to learn more about our services.
Call Today
Get started today with one of our dedicated staff and see what Expert Home Care services we can provide to your loved ones.
Get Started

New Jersey is a northeastern U.S. state with some 130 miles of Atlantic coast. Jersey City, across the Hudson River from Lower Manhattan, is the site of Liberty State Park, where ferries embark for nearby Ellis Island, with its historic Immigration Museum, and the iconic Statue of Liberty. The Jersey Shore includes notable resort towns like historic Asbury Park and Cape May, with its preserved Victorian buildings. ― Google 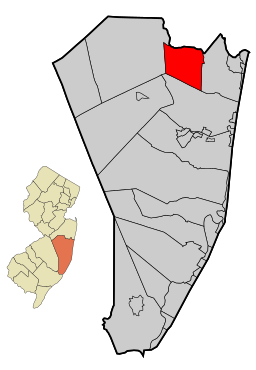 Get started today with one of our dedicated staff and see what Expert Home Care services we can provide to your loved ones.
Get Started
We love hearing what others say about Expert Home Care. Read our reviews, awards and affliations!
Read our Reviews

Lakewood Township is the most populous township in Ocean County, New Jersey, United States. As of the 2019, Population Estimates Program, the United States Census Bureau estimated that the municipality had a population of approximately 106,300 residents. Wikipedia

Lakewood, NJ Facts
Things to Do in Lakewood

FirstEnergy Park, home of the Jersey Shore BlueClaws, is a 6,588-seat stadium constructed at a cost of $22 million through funds raised from the township’s Urban Enterprise Zone.[59]

The South Atlantic League‘s Jersey Shore BlueClaws, the Class A Minor League Baseball affiliate of the Philadelphia Phillies, play at FirstEnergy Park. The BlueClaws, previously known as the Lakewood Blue Claws,[60] have led the league in attendance every year since its formation in 2001 up until 2011, with more than 380,000 fans in the 2001 season, representing an average attendance of more than 6,200 fans per game.[61]

People who were born in, residents of, or otherwise closely associated with Red Bank, NJ include:

Red Bank has been occupied by indigenous peoples for thousands of years. In historic times, the area of modern-day Red Bank was the territory of the Algonquian-speaking Lenape Native Americans, also called the Delaware by the English. The Lenape lived in the area between the Navesink River and the Shrewsbury River in an area that they called Navarumsunk. The Native Americans traded freely with European settlers from England and the Dutch Republic in the mid-17th century, who purchased land in the area.[25]

Originally part of “Shrewsbury Towne“, Red Bank was named in 1736, when Thomas Morford sold Joseph French “a lot of over three acres on the west side of the highway that goes to the red bank.”[26] Red Bank was settled by English colonists beginning in the 17th century and became a center for shipbuilding. Its population grew rapidly after 1809, when regularly scheduled passenger ships were established to serve the route to Manhattan.[25]

The earliest documented European settlement of the present Lakewood area was by operators of sawmills, from about 1750 forward. One such sawmill – located at the east end of the present Lake Carasaljo – was known as Three Partners Mill from at least 1789 until at least 1814. From 1815 until 1818, in the same area, Jesse Richards had an iron-smelting operation known as Washington Furnace, using the local bog iron ore. The ironworks were revived in 1833 by Joseph W. Brick, who named the business Bergen Iron Works, which also became the name of the accompanying town. In 1865, the town was renamed Bricksburg in 1865, and in 1880, it was renamed Lakewood and became a fashionable winter resort.

Our caregivers are located all over the state of New Jersey, with many close to Lakewood. However, for directions to our office, see below.

Get on Garden State Pkwy from Cedarbridge Ave
9 min (4.1 mi)

Hospitals are discharging patients earlier than ever and charging more than ever! Home Health Care provides a more cost-effective, comforting alternative. In fact, studies have shown that patients do better at home both physically and psychologically. LIVE-IN care provides continuity of care and peace-of-mind for patient and family.

What should I look for in a Home Health Care Agency?

ASK ALL AGENCIES! – Are you licensed? Are you accredited? Are your aides certified by the State? Do you perform criminal and DMV checks against your aides? Do you provide RN (Nursing) supervision? Does your agency take care of complete employee payroll responsibilities? Do you provide a Free in home consultation? The answer to all of these with Expert Home Care is YES!

What does it mean to be an accredited agency?

NJ law requires all Health Care Service Firms to be accredited by an approved accrediting body. Expert is accredited by the National Institute for Home Care Accreditation (NIHCA). This mean that we are responsible and accountable to the high standards of NIHCA for operating a home care business and providing care.

Do you accept Medicaid and or Medicare?

Expert Home Care is a private pay agency. This means we cannot accept Medicaid or Medicare for payment. We can provide assistance if you have Long-term care insurance.

Do the aides get time off?

Yes. Most aides will stay for several weeks before taking some time off. He or she will arrange for a substitute through the agency. You will be informed by the aide and agency regarding the details of any time-off requests. We will then contact you directly with the substitute aides name.

As the patients family, what are WE expected to provide for the aide?

A private room with comfortable bed and space for personal belongings as well as 3 meals per day. Labor laws require live-in aides to get 8 hours of sleep per night and breaks for meals and personal time.

Is Expert Home Care the EMPLOYER of their Home Health Aides?

Yes, Expert Home Care covers all wages, payroll taxes and Workmans Compensation Insurance. We handle all the required deductions and tax filings with the government authorities.

How are services paid for and what is billing procedure?

As is industry standard, Expert Home Care bills on a weekly basis with payment due upon receipt each week. We also require a one week deposit with all new service agreements. For your convenience, we accept personal checks and direct bank debit. We can also provide assistance if you have Long-term care insurance. We do not accept Medicare or Medicaid.

How much lead time is required for placement?

Yes – All of our personnel have been extensively screened through in-depth interviews and reference checking, and are certified by the Board of Nursing as Home Health Aides. Expert also performs criminal and motor vehicle background checks.

Do you provide RN supervision? How often?

Yes, all cases are seen by our RN who will conduct an initial patient assessment and create a care plan for the aide to follow. Thereafter, the RN will visit at least every 60 days to re-assess the patient needs and supervise the aide. In between visits an RN will call to speak with both aide and patient or family member to ascertain that everything is satisfactory with the care being rendered.

Can the client or client’s family meet the prospective aide prior to placement?

Yes, in fact we highly encourage this. This gives each party the opportunity to get to know one another and ask questions before any commitments are made. We can arrange interviews in our office or at your home.

How do the HHA’s get to their cases? Do they have their own transportation?

Yes, in fact we highly encourage this. This gives each party the opportunity to get to know one another and ask questions before any commitments are made. We can arrange interviews in our office or at your home.

Yes. Expert requires all of its employees to complete a minimum of 12 hours of In-Service training a year. This training meets all OSHA requirements.

No. Expert will respect your privacy as mandated by HIPAA.

Although Expert provides personalized and unique home-health care services that differentiate us from the competition, our rates remain very competitive with, and often lower than, our competitors!

Arrange for Companion Care at Home Before Your Mom’s Surgery

What Seniors Should Know About Glaucoma